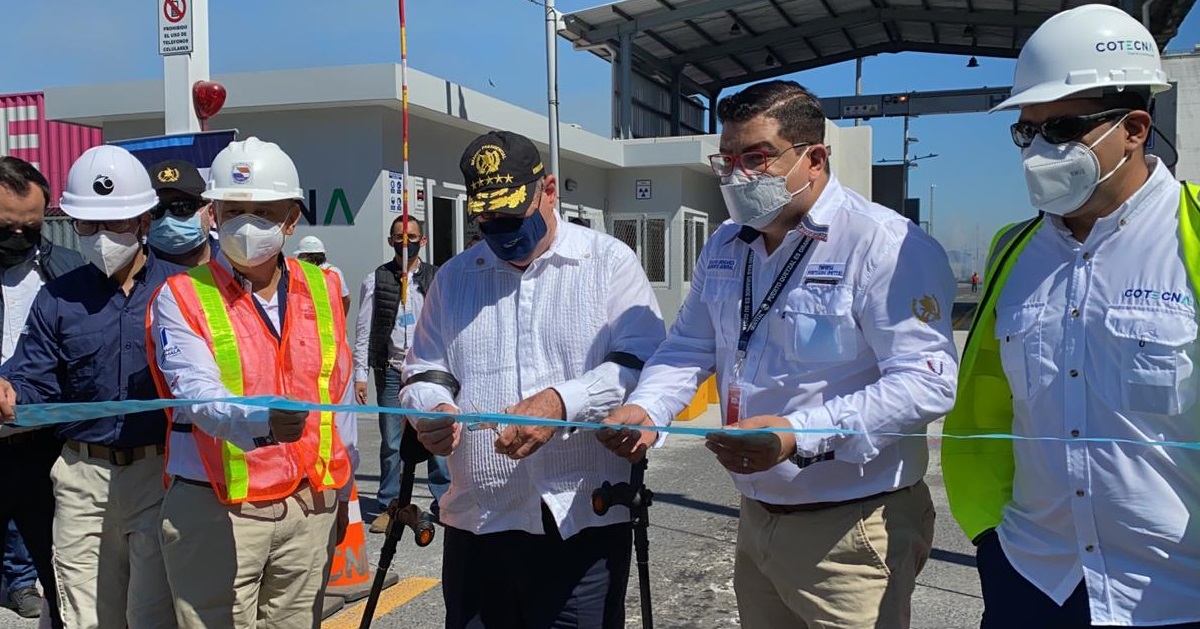 In the context of the Customs Modernization and as a government strategy to improve customs and ports systems, Cotecna´s X-ray project was officially inaugurated on December 29th, at Empresa Portuaria Quetzal.

On December 29, the official inauguration of the X-ray scanner for non-intrusive inspection services at Empresa Portuaria Quetzal (EPQ) was held. Puerto Quetzal is the most important port in Guatemala for international trade, and this scanner thus represents a strategic project for the future and security of trade for EPQ and for Guatemala.

The equipment installed is an HCVP Z60 portal scanner. Cotecna carried out all the civil works and investments in complementary equipment such as UPS, electric generator, technology, and communications equipment. Additionally, the most recent version of COVIEW, a modern system developed by COTECNA for image analysis, was installed.

With this technology, clearance times are significantly reduced, as potential illegal acts can be identified without physical inspection. This project thus marks an important milestone for EPQ in terms of port security and modernization.

“We know the responsibility we have, and we appreciate EPQ's trust in our experience to provide non-intrusive X-ray inspection services. We will work tirelessly to ensure that we provide high standards of professionalism, so that this project fully complies with the objectives set by EPQ, SAT and the government of Guatemala.”- Jalmy Segovia, Country Manager.

Many government authorities attended the inauguration event: David Berganza, General Manager of EPQ; Ricardo Manolo Sahagún Galán, Chairman of the Board of Directors of EPQ; Werner Ovalle, Superintendent of Tax Administration at SAT; and other EPQ authorities. The President of Guatemala, Alejandro Giammatei, was also present and gave a few words to the audience.

"We are happy with this historic milestone ... With non-intrusive X-ray systems, we can speed up the clearance of merchandise and reassure the international community about having safe ports ..." Alejandro Giammatei, President of Guatemala.

The event was broadcasted live on the website of the Government of Guatemala and shared on different social networks of the involved institutions. It was also covered by the media.