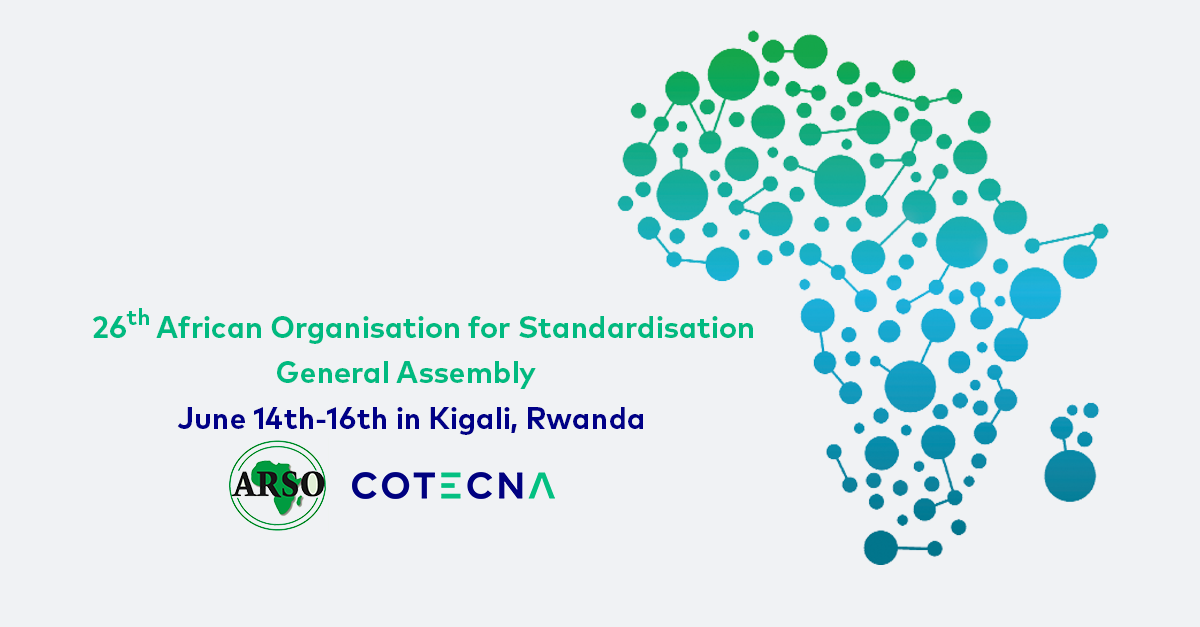 Cotecna is pleased to sponsor the 26th General Assembly of the African Organisation for Standardisation (ARSO) that will take place from June 14th-16th in Kigali, Rwanda.

Due to the COVID-19 pandemic and its associated restrictions, this year's General Assembly will be held by the Government of the Republic of Rwanda through a hybrid model composed of physical and virtual meetings.

This 26th General Assembly will take place from 14th to June 16th, 2021, in Kigali, Rwanda, under the theme "The beginning of trade among the African countries under the AfCFTA Agreement: Repositioning Africa to trade with itself through standardisation".

The theme will emphasise the need for harmonised standards and Conformity Assessment systems for the seamless trade flow in a single Market under the AfCFTA (African Continental Free Trade Area) Agreement.

As a trusted partner of numerous governments and organisations, Cotecna is very happy to sponsor this year's edition and looks forward to attending it.

About ARSO: The African Organisation for Standardisation (ARSO) is Africa's intergovernmental standards body formed by OAU (currently AU) and UNECA in 1977 in Accra, Ghana. The fundamental mandate of ARSO is to develop tools for standards development, standards harmonisation and implementation of these systems to enhance Africa's internal trading capacity, increased the product of Africa and service competitiveness globally, and uplift the welfare of African consumers as well as standardisation forum for prospects in international trade referencing.